Tattered Paws and Golden Hearts Rescue was formed early in 2018 when its founder realized that there was an immense need for additional awareness and support for dogs in need of medical attention, safety, foster homes, adoption, transportation, flight buddies, and financial support. Animals across the U.S. are being euthanized at an alarming rate. Additionally, animals globally are not being protected or given the safety they need, often times facing life in horrific and deplorable conditions and that is where Tattered Paws and Golden Hearts Rescue comes in to provide assistance. We believe that rescuing has no borders therefore we rescue within our country, as well as globally.

We have a board of directors and a team of volunteers across the country who work together to achieve as many rescues as possible. We also volunteer for and work with a group known as Travel 2 the Rescue. This group consists of people across the country that volunteer their time and use of their personal vehicles to transport dogs from one location to another, pick them up when they arrive at airports or even drop them off at airports for a flight. This group is so valuable to rescues because it helps us affordably transport dogs within our very limited budgets. We also utilize individuals that are willing to provide foster homes for our dogs while they wait for a forever family. Fosters are also extremely valuable to us. They make it possible for us to rescue dogs that are out of time or in immediate need of care but do not yet have a home waiting for them. They also help to give them some transition time, love, minor training, and many other things that help to ensure that our dogs will have successful transitions into the home that decides to adopt them and make them a part of their lives.

Tattered Paws and Golden Hearts Rescue, Inc. is a Non Profit 501(c)(3) approval that is awarded all donations will be tax deductible to the fullest extent of the law.

Thank you for your time and interest in considering our rescue in your search for a dog, a charity to sponsor or as a place to volunteer.

Why We Rescue From Turkey

Tattered Paws and Golden Hearts Rescue believes that every dog in need deserves assistance whether they are in our country or a foreign country. When the founder of the rescue and her husband entered the world of rescue in August of 2017 they had no idea how great the need was. They began fostering for The Puppy Rescue Mission and then Rescuers Without Borders. Eventually adopting dogs from each. Both groups rescue globally and through these them they have met so many amazing people both here and abroad.

Eventually they heard about the extreme number of Golden Retrievers that were abandoned to the shelters, streets and countrysides of Turkey they were plagued with sadness. Having had three Golden Retrievers of their own they also understood that this very timid, sensitive and peaceful breed would not stand a chance amongst so many other dogs all struggling for food, safety and permanent homes. They decided to begin rescuing one dog at a time, working extra hours, doing side work for people, painting old furniture for resale, and selling anything that was donated to them by others wanting to help.

Eventually they realized that they could help more if they began a rescue and that is how it began. Turkey does not yet have the animal rights laws as we do they also refrain from euthanasia. There is less tolerance in regards for dogs living in homes. They can quickly turn into unwanted dogs turned out to the streets, countryside or shelters. Many of these shelters are in deplorable conditions and often they are filled with ill and dying dogs. The cities do practice catch/spay/neuter/ release occasionally as an attempt to help control the population however there are just too many. While our focus is Golden Retrievers from Turkey we also rescue a variety of mixed breed dogs. Unfortunately, Turkey does not have organized rescue groups like we do in the US. This is where we at TP&GH Rescue can step in to lend support.

There are many Turkish people that are trying desperately to save the ones they can. With very limited resources they will ask for help finding a home in the US for a dog that does not stand a chance in Turkey. This allows them to continue saving others from very deplorable conditions. If you decide to follow our rescue you will soon see for yourself why we rescue outside of our own borders. Know that the rescuers in Turkey are just as passionate as rescuers here at home. The extremes measure that they go to just to save one life are very commendable. We consider it a great honor to have earned their friendship and trust.

Thank you for taking a moment to learn about our rescue and our dedication to helping dogs around the world.

GETTING TO KNOW US

Our focus as a rescue is on creating additional awareness and support for dogs in need of medical attention, safety, foster homes, adoption, transportation, flight buddies and financial support. Fueled by our strong level of commitment, determination, and passion for saving the lives of dogs we believe that we can make a difference

Our directors have experience in rescuing within the United States as well as outside of our own country. We have supported the rescue of dogs from Kuwait and Afghanistan for our military service members through The Puppy Rescue Mission by donating privately, fostering and even adopting dogs from them. We also have experience working with Rescuers Without Borders filling the roles of President/Director, Director of Finance, Microchip Coordinator, and also adopting their dogs and welcoming them into our families. One of our directors has 15 years of rescue experience while another finds the time to work with as many as four different rescues simultaneously. Along with our team of volunteers we save as many lives as we possibly can.

Our rescue is based out of Bellingham Washington however our team of rescuers resides in many other locations, different states and even in different time zones. Together we locate dogs in need of rescue, facilitate their relocation to a safe boarding facility or foster, begin any needed medical treatment, fundraise to cover the expenses, and begin searching for their approved forever home. In addition to promoting our rescued dogs in need of homes we also share dogs from other rescues in an effort to help others also in need.

We hope that you will follow us on social media and find a way to help support rescue at any level here at home and even abroad. On behalf of all of us at Tattered Paws and Golden Hearts Rescue, Thank you for the time you took to learn about us! 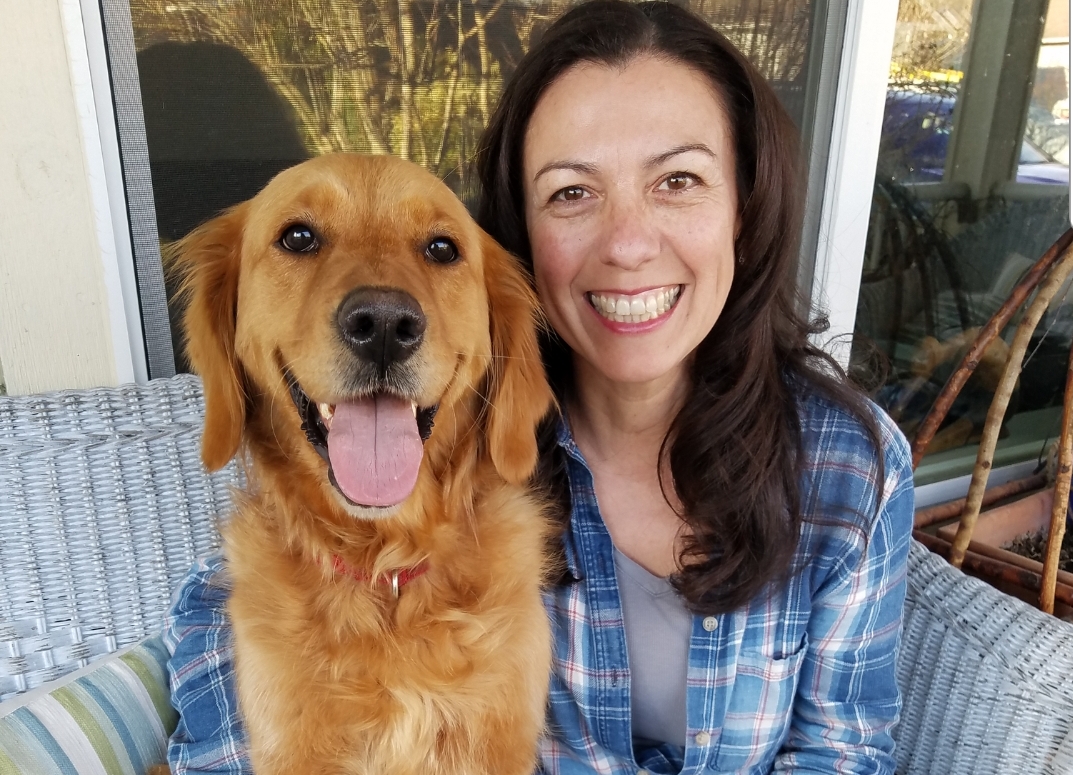 Hello! I am Nancy Rieley the founder and President of Tattered Paws and Golden Hearts Rescue. Previously I was part of the Rescuers Without Borders team while also rescuing privately in the U.S. and from Turkey. I am very passionate about rescue and believe in rescuing globally, not just here at home. My husband Keith and I have four dogs of our own two of which are rescues, one from Kuwait and one from Turkey. My goal is to help people understand the need for fostering and adopting rescued dogs while also helping them to become comfortable with rescue and finding a way to get involved at any level. 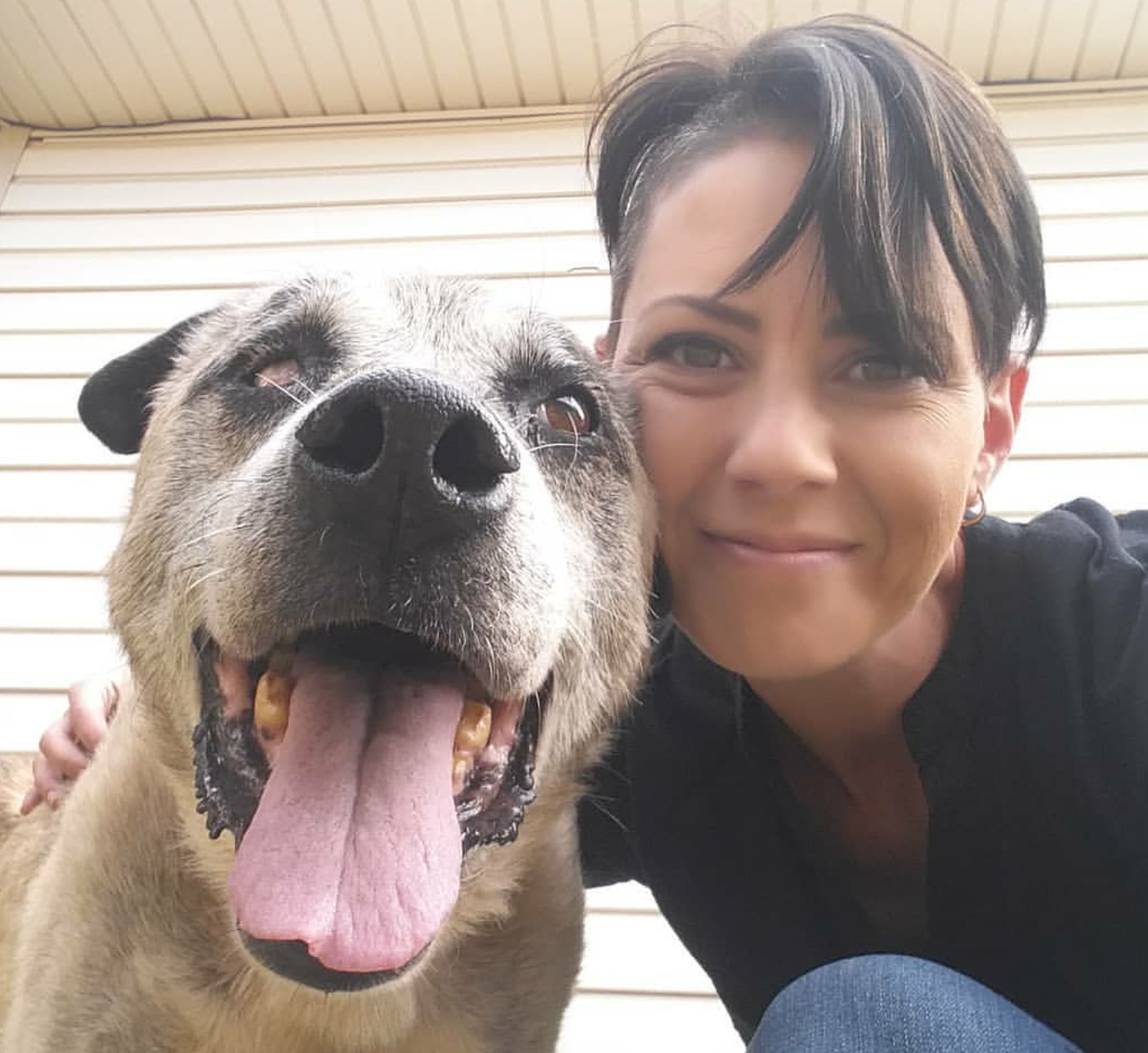 Hello, I’m Crystal Carson, Executive Director for Tattered Paws and Golden Hearts Rescue. I have over 15 years experience in animal rescue and I am a proud fur-momma of 16 wonderful babies! I personally have 5 Turkey dogs in my home and they are amazing babies! I am very proud to be a part of TPGH! 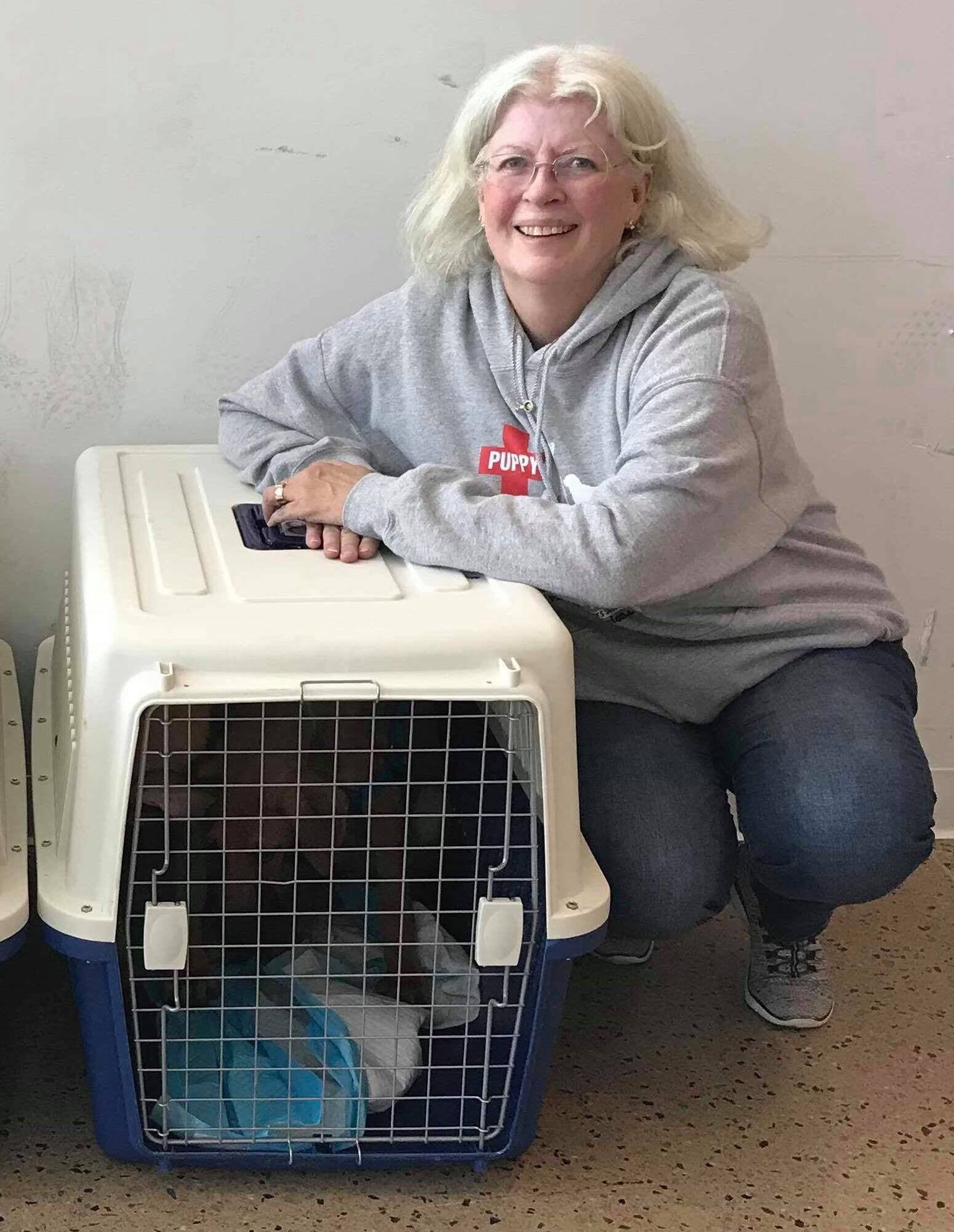 My name is Mary A Quinlan-DiJulio. I am the Microchip Coordinator for Tattered Paws and Golden Hearts. I also help two other rescues with their microchip. Reuniting lost/stolen animals with their families is a passion of mine. Additionally, I assist in coordinating flights, application reviews and scheduling home checks for applicants. I have rescued animals all my life. I live with my husband, 2-daughters, and 4 rescued fur children. My pups are from Scraps in Spokane, Afghanistan & Kuwait through Puppy Rescue Mission and Tattered Paws and Golden Hearts Rescue.

Hello! I started volunteering with TPGHR in early 2019. I have also been involved in dog rescue locally in Wisconsin, nationally and internationally for several years. I live in Neenah, WI with my very supportive husband and two sons. We currently have Cooper, a rescue from Alabama, Nala, a rescue from Jordan and Sully, who we adopted from Tattered Paws and Golden Hearts Rescue in April, 2019.